WHAT DOES A CHARACTER’S VOICE SAY? 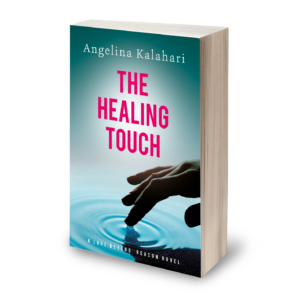 A reader asked a thought-provoking question on voices about my novel, The Healing Touch.

For someone like me, who has worked with voice all my life, it was particularly intriguing and more so because I hadn’t thought of it myself, nor had I written the voice she was referring to in The Healing Touch that way deliberately.

The reader who had approached me noted that all the male voices in The Healing Touch are described as sexy, mellow, tenor, baritone, etc., but the character, Simon, spoke only once and his voice is not commented on by anyone.

Isn’t it fascinating what impacts readers in books?

Her question, “Does the lack of voice connect with his lack of sexuality?” is excellent.

It reminded me that techniques for classical singers involve the use of our pelvic diaphragm to help support our voice. It is such a creative area in our body because we can create children from there.

Optimal breathing further engages muscles in the lower half of our body and contributes enormously to voice production and quality, and to the emotional impact on our voice.

The voices characters use can be tantalising and something I hear authors and readers talk about frequently.

In my opinion, all art is a form of communication, often profound, and therefore has a voice.

In novels, however, we as readers must ‘hear’ the voices of the characters if those characters are to become real for us. It starts with the author being able to ‘hear’ the characters’ voices first. But the author may have had to write several versions of the book – or at least the first few chapters – to come up with the points of view and the voices that most accurately communicate the story.

Furthermore, voice isn’t necessarily what someone says, but how they say it. Their actions, reactions, movements, and general bearing are all forms of voice. Writing such characters can be a challenge.

You can read The Healing Touch for FREE on Kindle Unlimited.

CAN YOU SEE ME? WHY SHOULD I BECOME INVISIBLE?