The Day Of Love – Valentine’s Day 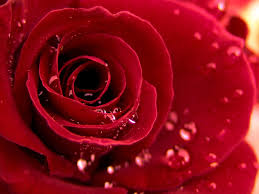 Tomorrow is the day of love – Valentine’s Day.

The holiday’s roots lie in the ancient Roman festival of Lupercalia, a fertility celebration commemorated annually on February 15. But Pope Gelasius I changed the pagan festival into a Christian feast day, declaring February 14 the day to celebrate the memory of St. Valentine, a Christian martyr. But which St. Valentine is supposed to be honoured isn’t clear as there were about a dozen of them, the name being a popular one during the fourteenth century. There was even a Pope Valentine.

The festival used to begin when members of the Luperci, an order of Roman priests, gathered at the sacred cave where the infants Romulus and Remus, the founders of Rome, were believed to have been cared for by a she-wolf or Lupa. The priests would sacrifice a goat for fertility, and a dog for purification. They would then strip the goat’s hide into strips, dip them into the sacrificial blood and take to the streets, gently slapping both women and crop fields with the goat hide. Far from being fearful, Roman women welcomed the touch of the hides because it was believed to make them more fertile in the coming year. Later in the day, according to legend, all the young women in the city would place their names in a big urn. The city’s bachelors would each choose a name and become paired for the year with his chosen woman. The matches often ended in marriage.

But, in fact, the medieval English poet Geoffrey Chaucer may have invented Valentine’s Day as we understand it today. Chaucer did what many historical romance fiction writers of today do – he often placed his poetic characters into fictitious historical contexts that he represented as real.

Around 1375 Chaucer wrote a poem, “Parliament of Foules,” in which he links a tradition of romantic love with the celebration of St. Valentine’s feast day. No record exists of romantic celebrations on Valentine’s Day prior to his poem, that received widespread attention. The poem refers to a belief commonly held, especially in France and England, that February the 14th was the beginning of birds’ mating season. His line from the poem, “For this was sent on Seynt Valenteyne’s day / Whan every foul cometh ther to choose his mate,” is supposed to be the reason for the invention of the holiday as we know it today.

We know that Valentine greetings were popular as far back as the Middle Ages. But written Valentine’s only started to appear after 1400.

Charles, Duke of Orleans, while imprisoned in the Tower of London in 1415 following his capture at the Battle of Agincourt, wrote a poem to his wife. It is the oldest known Valentine still in existence today.  (The greeting is now part of the manuscript collection of the British Library in London, England.) 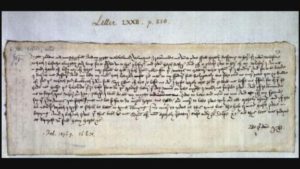 Today, Valentine’s greeting cards rival the amount of cards sent out at Christmas.

Why is music so important to us?

SHORT STORY: WHEN YOU GOTTA GO!