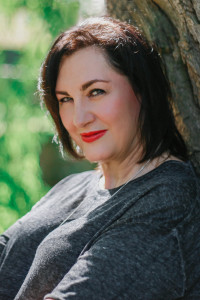 Angelina Kalahari entered this life among the red dunes of Namibia’s deserts. Her first sounds merged with the power of the massive yellow moon that lit up the vast African spaces. There, where the heavens presented the splendour that the Milky Way flung across its canvas, she found her voice.

A nomadic childhood enchanted her, as Africa presented the raw beauty of her many faces, while Angelina’s family traversed the desert in search of crops for their herds of karakul sheep. This fertile ambience, filled with strange legends, amazing animals, and wonderful people, afforded Angelina a unique opportunity to live in a world of wonder and to develop a deep sense of self.

Her mother loved listening to Mario Lanza and other tenors of the day. A record player and records accompanied the family on their travels, and back to their farm. The gift of this divine music found resonance within Angelina’s body and called to her soul’s desire to share her voice with the world. She left her magical universe to study with other voice and performance obsessives, which resulted in degrees in drama, singing, and opera.

Angelina continued her nomadic existence as an adult, enthralling audiences with her singing, acting, and directing. These activities allowed her to visit a world far beyond her beloved Africa. She shared her talents on such diverse platforms as opening the busking scheme on London Underground, to a recital at the Royal Opera House, and everything in between.

This led to an invitation to Buckingham Palace, no less, where she met Queen Elizabeth as a reward, in recognition of Angelina’s contribution to the music, culture, and economy of the United Kingdom.

Meanwhile, her fascination and obsession with the human vocal instrument grew, together with her knowledge of it. She found herself to be a teacher and sharer of the magic of the voice and performance, and she became co-founder of the North London Performance Academy.

Storytelling, which formed such a big part of her childhood, became an inherent element in her performances and continued to live in her heart. She never stopped writing down her stories, has finished many novels, plays, children’s stories, and several articles published.

Angelina has found a new colourful and vibrant universe in London. She now lives near a massive park, which satisfies another obsession, her awe and wonder of trees. The intoxicating world of London’s art scene has introduced Angelina to many inspirational people who have become a close and integral part of her tribe.

The only magnificent creatures that share her home today, are her husband, her little fur cat daughter, a rapidly diminishing population of house spiders, and a smallish herd of dust bunnies.

She has recently come to the conclusion that drinking vast amounts of tea holds the key to life.

If you’d like to hear her sing, here is Angelina’s version of Canto Della Terra

Or if you prefer something a little more classical, here is Angelina’s version of O Mio Babbino Caro

If you’d like to find out a little more about her obsession with the human vocal instrument, she write about it incessantly on her dedicated voice and performance blog site here:

About The Sound Bath

I would love for you to purchase my books, read them and post short reviews about what you thought on Amazon. It helps so much.  Here’s why: 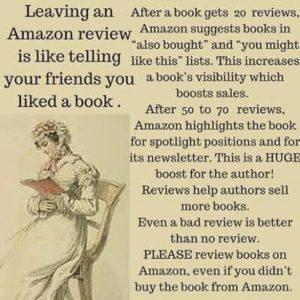 You can contact me directly at angelina@angelinakalahari.com. I read every email.

I look forward to connecting with you!