Signup for early news of new books and special offers!

Now keep an eye on your inbox! 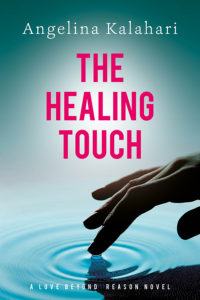 If you’ve already read  The Healing Touch and would like to review it, here’s the Amazon review page link:
https://www.amazon.com/dp/B08J4H7YCB#customerReviews

Or paperback from here for £8.75 with free delivery in the UK only.
£3.99 postage for orders worldwide.

How do you live in a world without your voice, without passion, and without James…?

Isabelle spent her career as an opera singer and her life married to an emotionally unavailable man. With the onset of the menopause, Isabelle loses her most precious gift – her voice. As time marches unforgivably on, Isabelle yearns to experience the love and passion she’d always dreamt of in her operatic roles.

Throwing herself into her work, Isabelle finds her soulmate in the least likely of moments. When James auditions for the lead in one of her shows, Isabelle discovers the one thing she has spent her life searching for – him.

But when James unexpectedly dies, Isabelle must forge a new life for herself in a world that is suddenly unfamiliar and forever cold.

Is it too late for her to find the love she craves or could Angelo be the healing touch to save her fragmented soul?

Inspired by true events, The Healing Touch is a mesmerising story of loss, heartbreak, passion and love in many guises.

If you liked The Notebook, then you’ll love The Healing Touch.

Explore The Healing Touch, the first novel in the captivating Love Beyond Reason series today.

Disclaimer: This novel is written in British English, contains some heat, a happy ending and can be read as a standalone novel. Don’t forget, it’s also available in Kindle Unlimited.

Videos on The Healing Touch

Answering readers’ questions about my novel, The Healing Touch.

Is Sexual Neglect A Spiritual Issue – Readers’ questions on

my novel, The Healing Touch Thank you to everyone who bought a copy of George and the Gargoyle who lived in the Garden!

You can reach me directly at angelina@angelinakalahari.com. Please bear with me if I don’t respond straight away. I endeavour to respond to each email.

I’m very grateful that the wonderful award-winning YA author of The Du Lac Chronicles, Mary Anne Yarde, had this to say about George and the Gargoyle who lived in the Garden:

First, there was this horrid, ear-splitting, squawking sound. And then a dreadful sense of fear, followed by the largest and brightest purple eye that George had ever seen.  And then, he would wake up!

George knew his parent was right. He was too old to be having such dreams and perhaps going to see a counsellor was the right thing to do. But how was a councellor going to help with the school bullies?

George longed for the school holidays, where he could escape the bullies and his unsympathetic father. He would be spending his summer with his believed Aunt Di and he could not wait.