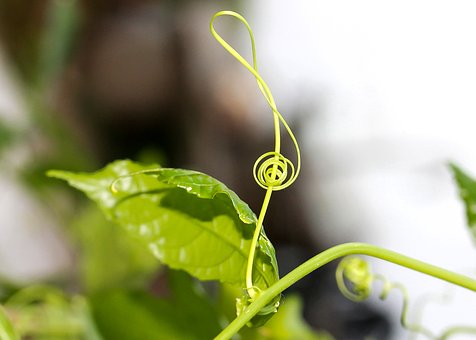 Do you love music at Christmas?

One of the things I LOVE about Christmas is all the fab music people record, often especially for this time of the year.

I hope you enjoy the music I’ve placed on my wishlist as much as I know I will.

Here’s one by one of my favourite singers:

I have some more if you’ll bear with me – here are some more I’ve added it to my wishlist:

There are so many artists who have died and what we can always treasure, is their wonderful music that’s inspired a new generation. I’ll always be grateful to them for their courage and their gifts.

And then there is Adam Lambert. Those of you who know me, know that I am a staunch supporter of Adam’s career. And what an amazing career it’s been. I LOVE his new album, Velvet.

You can find me here talking about his voice and how brilliantly he uses it on one of the tracks from Velvet, Superpower:

How can I end this post without Queen and Adam Lambert? If you want a fantastic show, this is the most amazing you’ll ever see. I’ve attended several of these shows and can attest to the heights you’ll reach through this incredible music.

Let me know if these are some of your favourites, too, or what other musical gems you recommend I listen to?

If you decide to click to the music from here, please know I’ll receive a little fee as well. It won’t affect what you pay, though. I’m required to state: “As an Amazon Associate I earn from qualifying purchases.”

Wishing you all a very merry musical Christmas!

Some days, she was herself again. Some days… What happened on the other days, the days that she was gone, she had no idea.

On the days of clarity, it felt as though she had been away on a long journey, only coming home now. She loved the feeling of coming home. It felt good to be home. It was such a relief. She felt as though she could breathe again. She wanted the feeling to continue, so this is where she would start. Here, where she was sitting in her living room, with her things around her. Here, where she felt safe.

Music lived here. It had lived here for many, many years. She would play, and they would dance and sing. Well, in the beginning, when they were too young to sing, they danced. She would be over there, by the piano, playing. He would be here, sitting on this sofa, watching them, his little family. They would be dancing: her little boy and his two younger sisters. They made up their own steps and danced with such joy, such abandon, such enthusiasm, as only small children could.

It was love at first sight. She had been around six or seven, and she knew immediately, irrevocably, that music lived in her soul. She did not know how she knew it, but she had been certain of it. As certain as the sun that smiled on the exotic, yellow African Daisies outside her mother’s bedroom window. As certain as the music that poured from the record player in the corner of the room.

The first time he had heard her play was when she was twenty years old, petite, and quite beautiful. It was a knowing within her then, her beauty. Not something she ever shared with anyone else. It was enough that it belonged to her. Like her music. But unlike her beauty, the music wasn’t hers alone. It had to be shared. She remembered well the feeling of sharing it. Of seeing the happy smiling faces around her at the hearing of it. Her feelings of satisfaction.

The beautiful dresses she could choose from, the expensive jewellery. But no rings. She had loved rings. But never any rings. Or bracelets. They clincked on the keys.

“So exciting, darling!” “So glamorous!”

But it wasn’t. It was work, work, work. She never felt more alive, more vibrant, more herself. Music opened her soul. It allowed her to see for herself, her path ahead. She was doing the thing she had been born to do. The thing that eluded so many others. That caused so much frustration and unhappiness as far as she could tell. But not in her. Each day was a new opportunity to explore more music, to live her purpose.

And her hair… She had been enthralled with her long dark hair. It highlighted her flawless pale skin. Well, it did then. The person staring back at her from mirrors now was a stranger. A stranger she met anew each time she looked into a mirror. She met many strangers these days. Some insisted that she should know them. That she had known them. Others carried that hurtful look in their eyes when she did not recognise them. She had come to know that look well.

Thoughts… Many thoughts. Maybe memories. Maybe dreams. They lived at the edge of her memory, teasing her with their presence. Thoughts of music. Thoughts of family.

When her babies came, she had stopped travelling. She loved her babies. But they never asked that she give up her music. He and her babies and her music lived together. He would stay with them at those times when she played. The musicals, the recitals and concerts. Accompanying other soloists. The huge old pipe organ in church. These had become her outlets for music. She was grateful. Grateful that her purpose still lived alongside her family. These were her passions. These fed her soul.

The organ extended the music. Now there was Handel’s Messiah, too, and Bach’s toccatas and fugues for postludes. Practising in the beautiful old church was an opportunity to dress up, as much out of respect for the church, as for the music. Sunday dresses and the spiked shoes she would remove and replace with soft black slippers that would glide over the pedals as she played.

Some days, she was here. With her music and her young family and him. But somehow, they weren’t here. She could not find them. She was alone. They were gone. It was terrifying. She looked and looked but she was too tired. She felt too slow. She thought about taking a short rest. She would try again tomorrow. Now there were only strangers. What did they know. Of her music. Of her family.

But on the days of clarity her life was intact again. Connections made sense. Then, there were no strangers. Only her family that she loved. She recognised them. She knew them. They were all adults now, of course. And he was there, too. Older, gentler, familiar. It felt so good. She felt good. She would walk to the piano and sit down, her fingers already reaching for the keys.

I Could Have Danced All Night. Isn’t it odd that her fingers played that song in particular. She had not meant to play it. But that’s what came out. She tried again. There was so much music. Classical music. Ah, the Romantic Music she loved so.

I Could Have Danced All Night.

(For Nita, Smitty and Christine)

I have been listening to Ed Sheeran’s new song, Castle On The Hill. It’s not the first time that he struck me as a very modern Troubadour.

Here is a singer/musician who gives us songs about love and tells stories through his songs that we can all relate to. He does so in a simple yet sophisticated manner. His songs convey sincerity and realness, which his voice is effortlessly able to communicate. Often, it’s just him and his guitar, performing whilst wearing jeans and a t-shirt, hence my reference to him being a modern day troubadour. I feel this is most likely why he has succeeded where others have not.

You may well ask why I’m blogging today about Ed Sheeran and music. Many of you may well know that in a previous life, I worked as an operatic soprano and that I continue to teach. The voice has been, and remains, an obsession and I cannot help but notice when I come across a voice that touches me, that stands out in its ability to be the musical instrument it is, to convey its messages clearly and with sincerity. Ed Sheeran’s voice is one such voice for me. But by his own admission, he didn’t always sound like he does today. It took incredible hard work, tenacity and deliberate practise to get to where he is today, and for that, I admire him even more.

His new song, Castle On The Hill has a great message for us all, don’t you think?

When I was six years old I broke my leg
I was running from my brother and his friends
And tasted the sweet perfume of the mountain grass I rolled down
I was younger then, take me back to when I

Found my heart and broke it here
Made friends and lost them through the years
And I’ve not seen the roaring fields in so long, I know I’ve grown
But I can’t wait to go home

I’m on my way
Driving at 90 down those country lanes
Singing to “Tiny Dancer”
And I miss the way you make me feel, and it’s real
We watched the sunset over the castle on the hill

Fifteen years old and smoking hand-rolled cigarettes
Running from the law through the backfields and getting drunk with my friends
Had my first kiss on a Friday night, I don’t reckon that I did it right
But I was younger then, take me back to when

We found weekend jobs, when we got paid
We’d buy cheap spirits and drink them straight
Me and my friends have not thrown up in so long, oh how we’ve grown
But I can’t wait to go home